The Romans in London resource has been a favourite amongst History teachers across the key stages for the last couple of years with over 200,000 page views since it was launched. This comprehensive resource has now  been updated with both AR (Augmented Reality) and VR (Virtual Reality) content.

Using incredible Augmented Reality, you can now see first hand examples of Roman life.  There are 10 trigger images in total that can be used alongside the Romans in London resource, they include working out calculations using Roman numerals, labelling a Roman Soldier, listening as Julius Ceasar takes us through important events as well as firing a first century Roman Balista.

You can see the AR in action in the videos below:

The VR element of the resource places the children on Hadrian's Wall on a cold snowy night, using the app for either android or iOS devices and a compatible head set, the children can be transported back in time and are placed on top of the wall guarding the camp, to enjoy the full experience it is recommended that headphones are used.

The Romans in London resources are structured into the following sections: 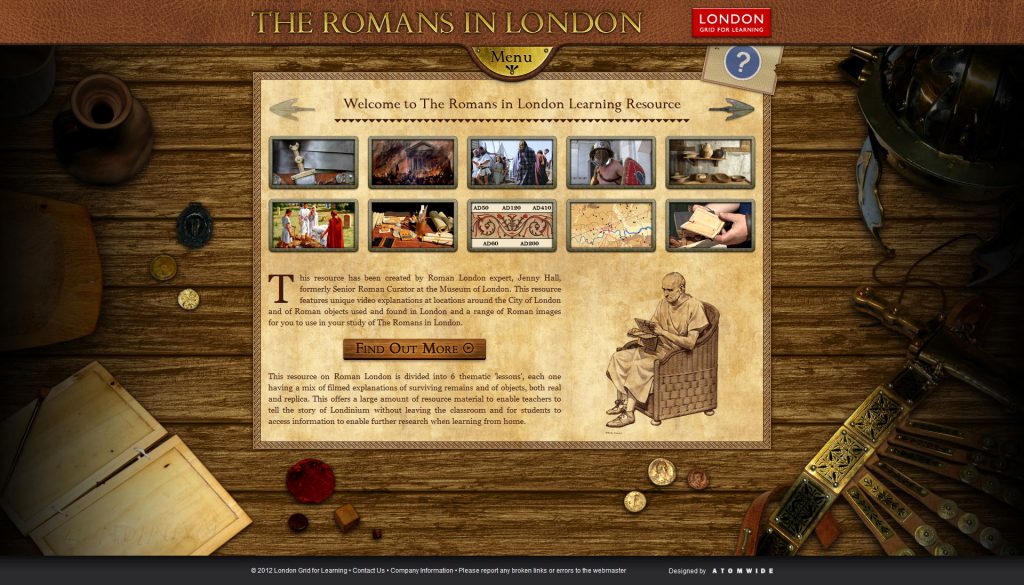 The resource also features an interactive map of Roman London – with Google Maps integration and Streetview showing the major Roman find sites. This simple tool allows any child in any location in London to explore the Roman Legacy wherever they live or go to school.

You can watch a summary walkthrough video below

and also the trailer can be found here:

The Museum of London also offer schools a range of workshops and sessions for schools that are studying the Romans over the next two terms, sessions include: Roman Amphitheatre, Hands on Romans and written in bone, you can find out more about the sessions here.

The children’s books website ReadingZone (www.ReadingZone.com) has launched an online bookclub for...

Spotlight on The Tudors

The Tudors in London resource offers a range of resources to support teachers in delivering this...

London History Day is an annual celebration of London's history which occurs on 31st May - that’s...