Holocaust Memorial Day (HMD) is a national commemoration day in the UK dedicated to the remembrance of those who suffered in The Holocaust under Nazi persecution and in subsequent genocides in Cambodia, Rwanda, Bosnia and Darfur. The 27th of January marks the date of the liberation of Auschwitz-Birkenau, the largest Nazi death camp and therefore the HMD is on 27th January, 2020.

Sadly, news stories like ones found on the BBC in November 2019, suggest we still have a long way to go fighting against bigotry and hate. The BBC reported that Liliana Serge, who was sent to the notorious Auschwitz death camp at 13, was subjected to a barriage of anti-Semitic messages [in November 2019]. This came after Ms Serge, an Italian life senator, called for parliament to establish a committee to combat hate. The motion passed despite a lack of support by Italy’s right-wing parties.

Stories such as this make it more important than ever to teach our young people about the atrocities in the past so that they may stand together to stop division and the spread of hatred.

Back in October 2019, I visited Auschwitz-Birkenau; a trip I would urge everybody to take if they can. Despite having read many historical narratives and other literature about Auschwitz, I was still shocked by how vast the camps were, particularly Auschwitz II - Birkenau. The guided tour was incredibly moving and informative; we were told by the end of the Holocaust, six million Jewish men, women and children had been murdered in ghettos, mass-shootings, in concentration camps and extermination camps.

Below are a few of the photographs I took during the tour (n.b. cameras without flash are allowed on the tour, but there were certain areas I committed to memory rather than photgraphing).

Photograph 1 - A watchtower at Auschwitz; Photo 2 - Kitchen pots and pans (as people believed they were being sent to a work camp); Photo 3 - The "beds" at Birkenau; Photo 4 - the railtrack which brought prisoners to the middle of Birkenau (where many were sent immediately to their death).

Whilst you are waiting for physical resources to arrive, download 'Your Guide to Holocaust Memorial Day' to help you plan your HMD activity. If you have any questions about this, please email enquiries@hmd.org.uk or call 020 7785 7029.

Perhaps you could consider preparing a commemorative display, using the image of one of the memorial flames and your pupils could contribute artwork or poetry towards it? @TimAllwood tweeted recently, "My 10-year-old daughter is doing WW2 at school. She painted this watercolour last night. I'm really impressed with it. There's a "darkness" to it."

LGfL offers a range of resources that can support your HMD activities, and all have been carefully created with experts to ensure accuracy, appropriateness and sensitivity about the Holocaust and genocides for teachers at both primary and secondary levels.

Documenting the Holocaust: A unique resource which gives access to carefully curated artefacts from the Wiener Library, one of the world’s most extensive holocaust archives. The collection of over one million items includes press cuttings, photographs and eyewitness testimony. The videos within the resource offers unique stimulus to be used as valuable as starters, plenaries and main lesson stimuli and support discussion in and out of lesson time.

The Holocaust Explained: Produced originally in partnership with the London Jewish Cultural Centre, but now managed by the Wiener Library, this website features a large range of media resources, historical documents and graphical representations of a wide-range of aspects of the Holocaust; the site has over 500 webpages, 1000 media assets, a glossary of 720 terms and 11 oral testimonies. Watch below the Case Study 'The Holocaust Explained' hosted on @LGfLTV: 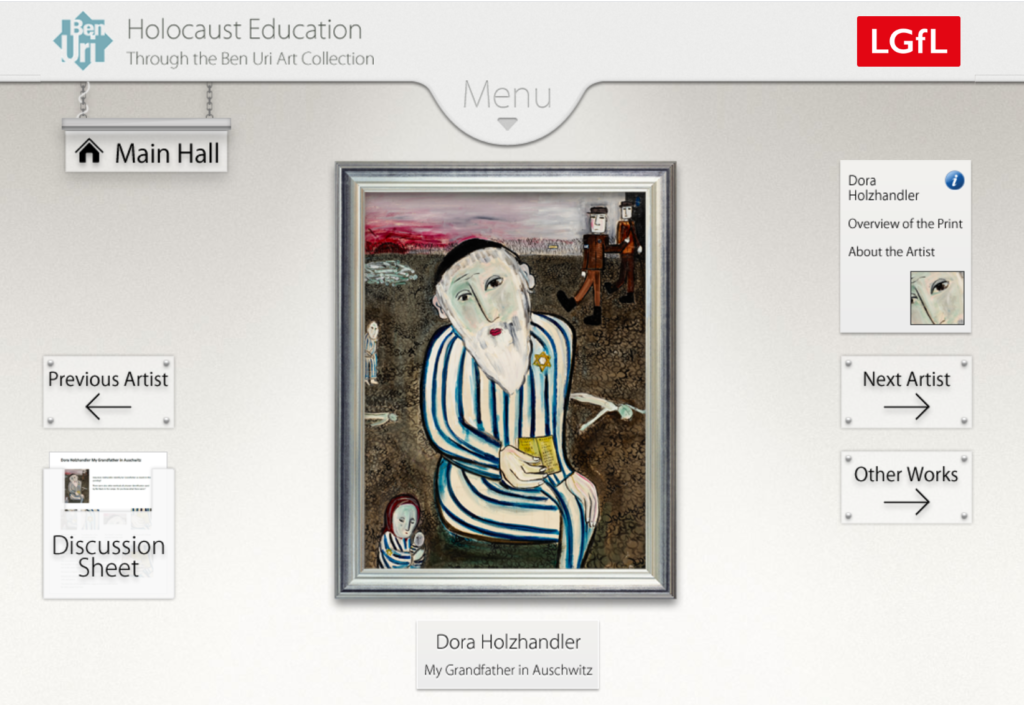 The M Room: The M Room resource gives unique access to secret World War II listening sites where the British Secret Service bugged high-ranking German Military prisoners to secure key intelligence to help win the war. The resources feature an interview with one of the original secret listeners and extensive primary-source material from the Ministry of Defence, relatives of those involved, and the National Archives. 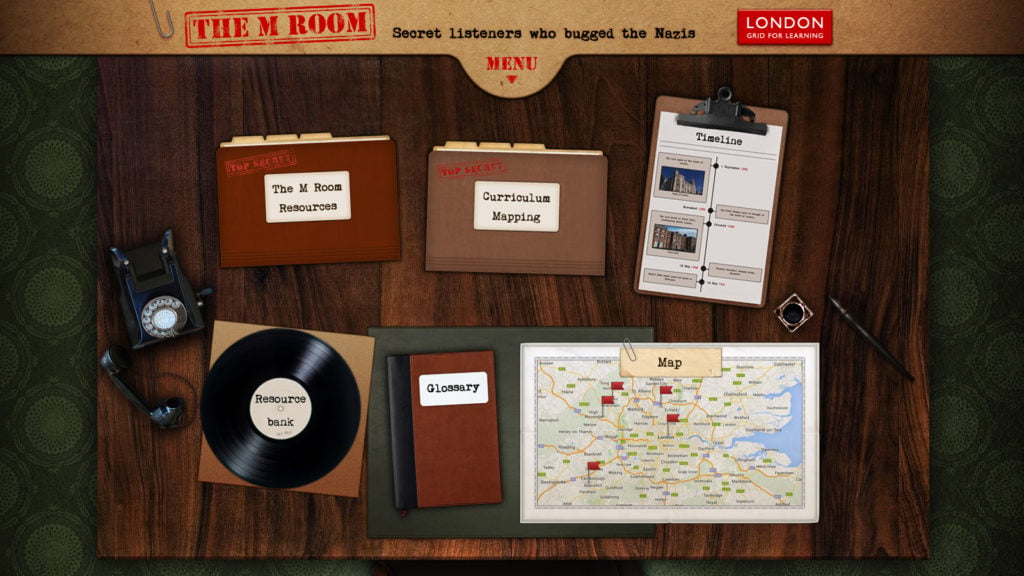 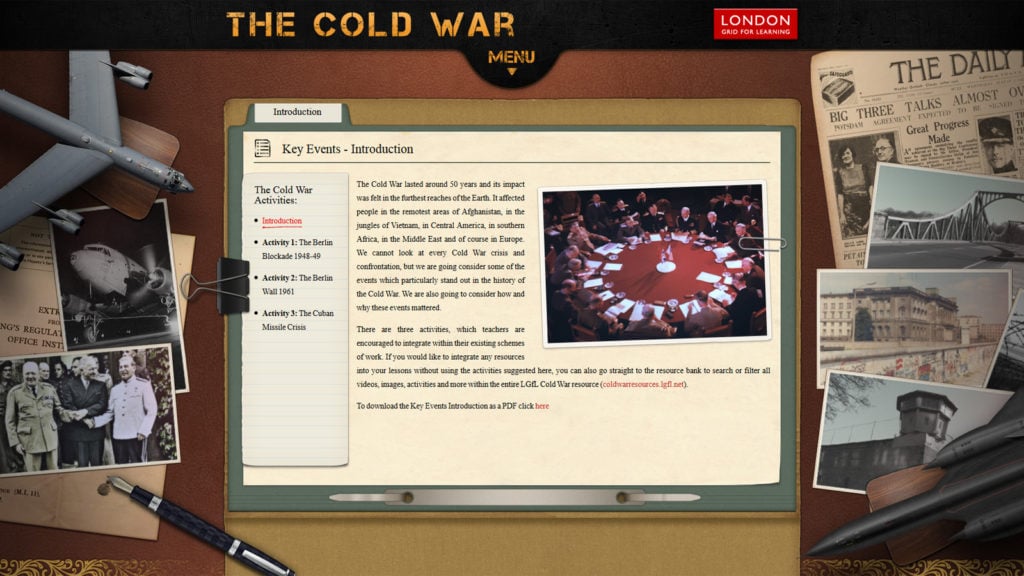 The BBC have also created a collection of resources aimed at secondary schools to mark HMD including 6 animations based on Stories of Children who Survived the Holocaust, as well as much, much more.

Back in September, I read the following blog about making responsible choices when choosing historical narratives and ensuring that pupils know that sometimes authors include historically inaccurate events in their narratives. I believe it highlights an important message to critically assess our choices for class novels and also to ensure we discuss with our pupils where narratives do not always stay true to the facts of the time.

Please let us know the impact the resources have had on your pupils and colleagues or indeed suggestions for what else you would like to see from LGfL by posting on LGfL’s Twitter or Facebook.

The Society For Storytelling, is a UK-based society founded in 1993. Open to anyone with an...