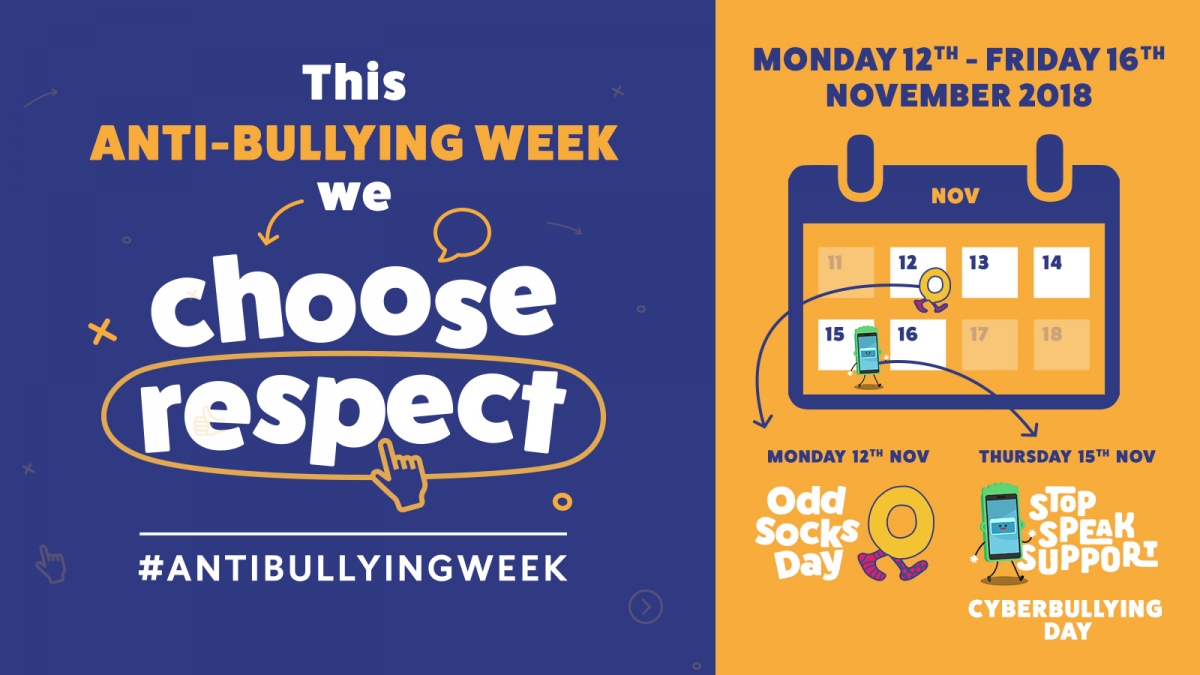 Anti-bullying week takes place from the 12th November to 16th November - the theme this year is 'We choose respect'.

The aims of this week are to support schools and other settings to help children and young people, school staff, parents and other professionals who work with children to understand:

There are resources for both Primary and Secondary schools, these include assembly plans, lesson ideas and cross curricular ideas.

On Monday 12th November, the Anti-Bullying alliance is encouraging schools to have an odd socks day, an opportunity for children to express themselves and appreciate individuality.  They have produced a school pack around the song below.

Children could use a range of tools within j2e tool suite to say why they choose respect, either using one of the animation tools or the write packages to show what respect means to them and how we can show it.

This Anti-Bullying Week, the alliance are also holding their first ever Stop Speak Support Day on Thursday 15th November to highlight the issue of cyberbullying. The day is supported by the Royal Foundation and the Royal Cyberbullying Taskforce set up by the Duke of Cambridge. They have developed a poster and a school pack for Key stage 3 and 4. 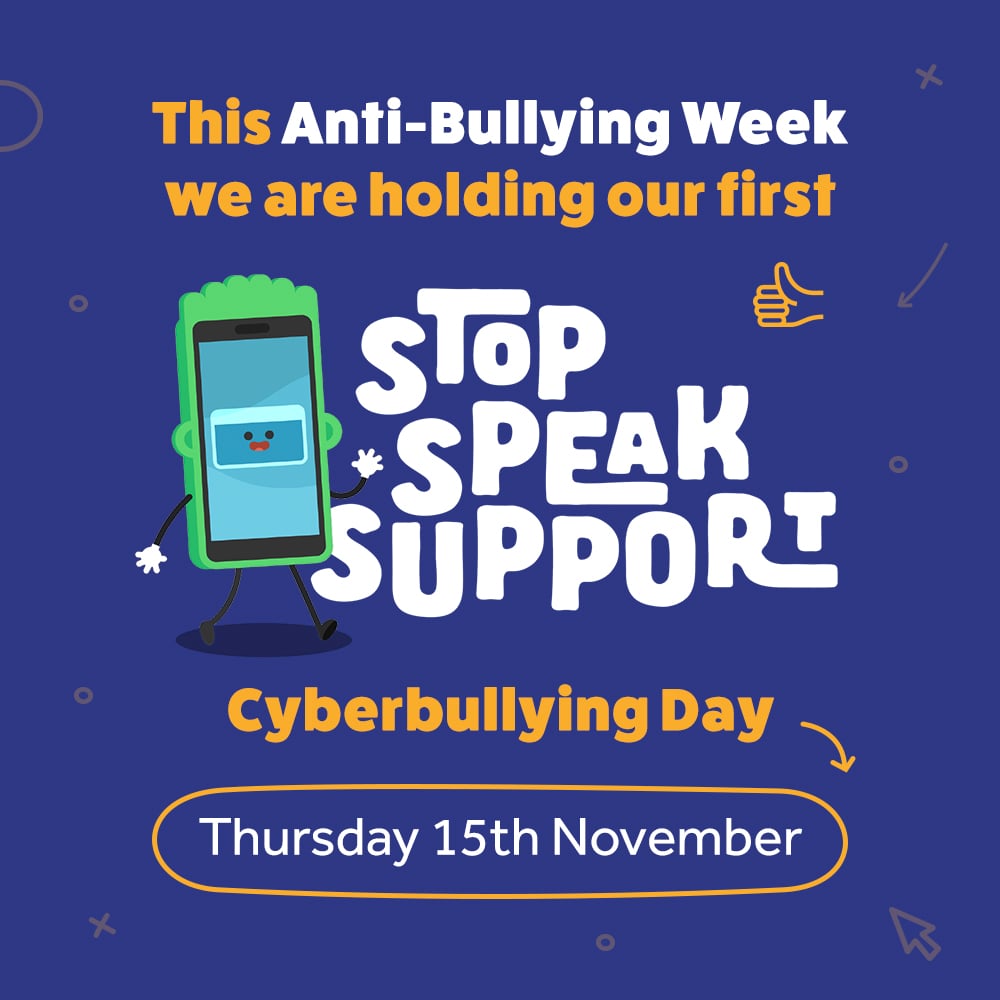 40,000 pupils took part in this year's LGfL DigiSafe pupil online safety survey about their online lives.  We found out what they love and what they hate, what really goes on behind closed  screens, and who they trust when things go wrong. You can discover what we learned and what it means for schools, parents, industry and government in our new report "Hopes & Streams".

You can watch the video below which highlights the main themes of the report:

As a result of the survey, they have added the first two of a series of presentations for schools to use as all-staff CPD sessions on the issues raised by the survey.  They are ready to use but can be edited to suit individual school needs.  You can now download a powerpoint for a designated safeguarding or mental health lead to deliver to all staff on Livestreaming and Self Harm Bullying, both are available at safecpd.lgfl.net now. As well as the CPD for staff they have also produced a range of awareness posters for both Primary and Secondary schools to be displayed and to use as a starting point for discussions.

Bullying UK also have a fantastic range of resources to support Cyber Bullying day, including advice on what to do if you have been bullied and how to stay safe on social media sites.

Although the video below is an advertisement for a phone, I think it is brilliant to show to children to discuss the power of technology that we have in our hands and how our actions can have an impact once we decide to share things online.

Another amazing resource is Own it from the BBC, dedicated to help you be the boss of your on line life, from support and guidance to developing skills and inspiration it has a range of short videos that are great to share in class and with parents.

Be Internet awesome from Google, teaches children the fundamentals of digital citizenship and safety so they can explore the online world with confidence. Why not travel to Kind Kingdom where it's cool to be kind. The Internet is a powerful amplifier that can be used to spread positivity or negativity. Kids can take the high road by applying the concept of “treat others as you would like to be treated” to their actions online, creating positive impact for others and disempowering bullying behaviour.

There are lots of resources to support this week within schools, we have selected a few below:

Bullying UK has a range of resources, which include downloadable posters, flash cards, debate activity, comic strips and problem pages to use in the classroom. They also have presentations, interactive anti-bullying videos, posters and more.

Everyone Matters from LGfL has been produced to raise awareness of the problems of homophobic bullying in schools. Developed in partnership with the Metropolitan Police and Wandsworth and Waltham Forest local authorities, these resources feature role play scenarios to challenge both students and teachers to reflect on their own attitudes to this form of bullying. 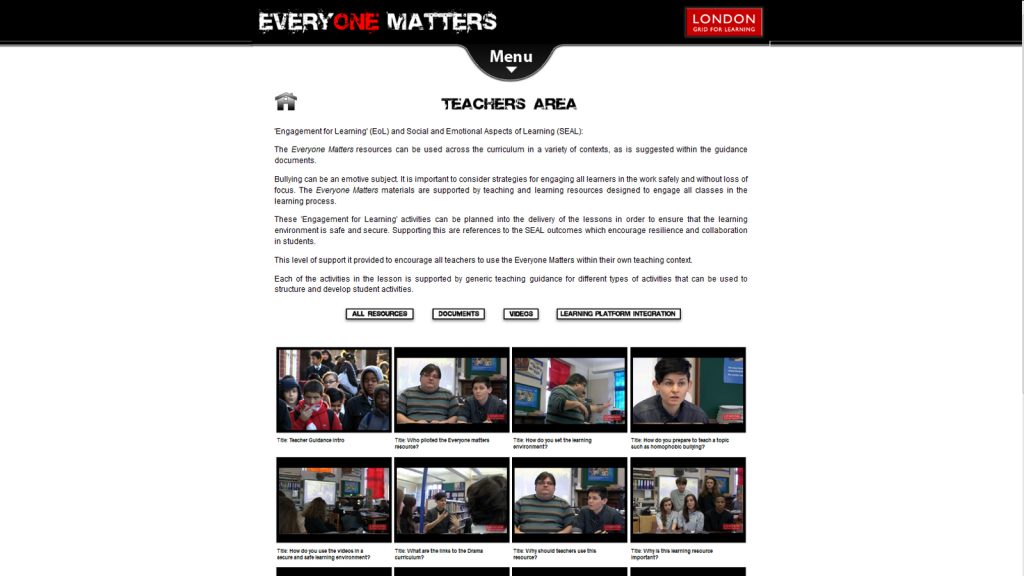 Why not listen to a book during this week, Bullies, big mouth and so called friends by Alexander J is available to listen to via Listening Books. You know the types. Bullies push you around, bigmouths make sarcastic comments about you. So-called friends turn their backs on you without saying why. You can end up feeling like a loser. But you don't have to. You just need to build up your defences, so the bullies can't get to you. This audiobook shows you how.

When I worry about things from the BBC  is a collection of animated films that use personal testimony to explore mental health issues from the perspective of children, including the effect of Bullying. Alongside each, there is more information about the content of the film, and suggestions of how it could be used in the classroom. These resources are suitable for use with pupils aged 8-13. Araina's story below is one of the films that looks at Bullying.

Say Bye Bye to Bullying with CBBC! Is a collection from CBBC that includes  anti-bullying clips, guides and advice.

64% of young people across the UK have experienced and been affected by bullying whilst at school. The average young person spends 11,000 hours in school. The Diana Award is on a mission to make those hours as happy and safe as possible. They have a schools pack and an assembly template that schools can use during the week.

Films are a great tool to use to provide a framework for discussion and to look at issues and Into film have a wide range of lessons plans and films that can be used in the classroom to discuss the theme of Bullying for both primary and secondary schools.

Ditch the label has put together a range of Anti-bullying activities for KS3 and KS4 students and teachers, these include lesson plans, and assemblies looking at challenging attitudes and debunking the myths.

Maths Week England will take place during the week of the 11th to 16th November 2019. According to...

The National Walk to School campaign is organised by Living Streets, a national charity that...