British Jews in the First World War - We Were There Too

British Jews in the First World War - We Were There Too is a unique cross community project created to capture, record and preserve the impact, experience and contribution of Britain's Jewish communities during the First World War. It is also a resource which is being used to introduce pupils, both primary and secondary, to the subject of the First World War from a different perspective, that of a minority and largely recent immigrant group, which helps them to learn more about British Values through the study of the 1914-1918 period.

Having started life as ‘London Jews in the First World War’, the project has now expanded to include Jewish men and women from all over the UK, with a current focus on the North West of England, where there is a large Jewish population. The project relies heavily on relatives of those who experienced the war itself to tell their stories, so we can capture them before they disappear, and preserve this important heritage.

'Why is We Were There Too' an important project?

So how can We Were There Too help and support schools by making a topic which is more than 100 years old appeal to students in both primary and secondary schools?

Using the We Were There Too website the team have developed programmes, interactive presentations and workshops that engage with both primary and secondary school students.

So far, 2233 Personal Records have been added to the site; these records tell the stories of individuals who lived through and experienced the war, whether that be as a member of the armed forces, in a nursing corps, on the Home Front or in any number of ways. The project uses these stories, as well as the 52 History Windows that have so far been uploaded, which give more context to the experience of Jewish men and women through various events in the 1910s, to engage pupils of all ages when learning about the First World War. 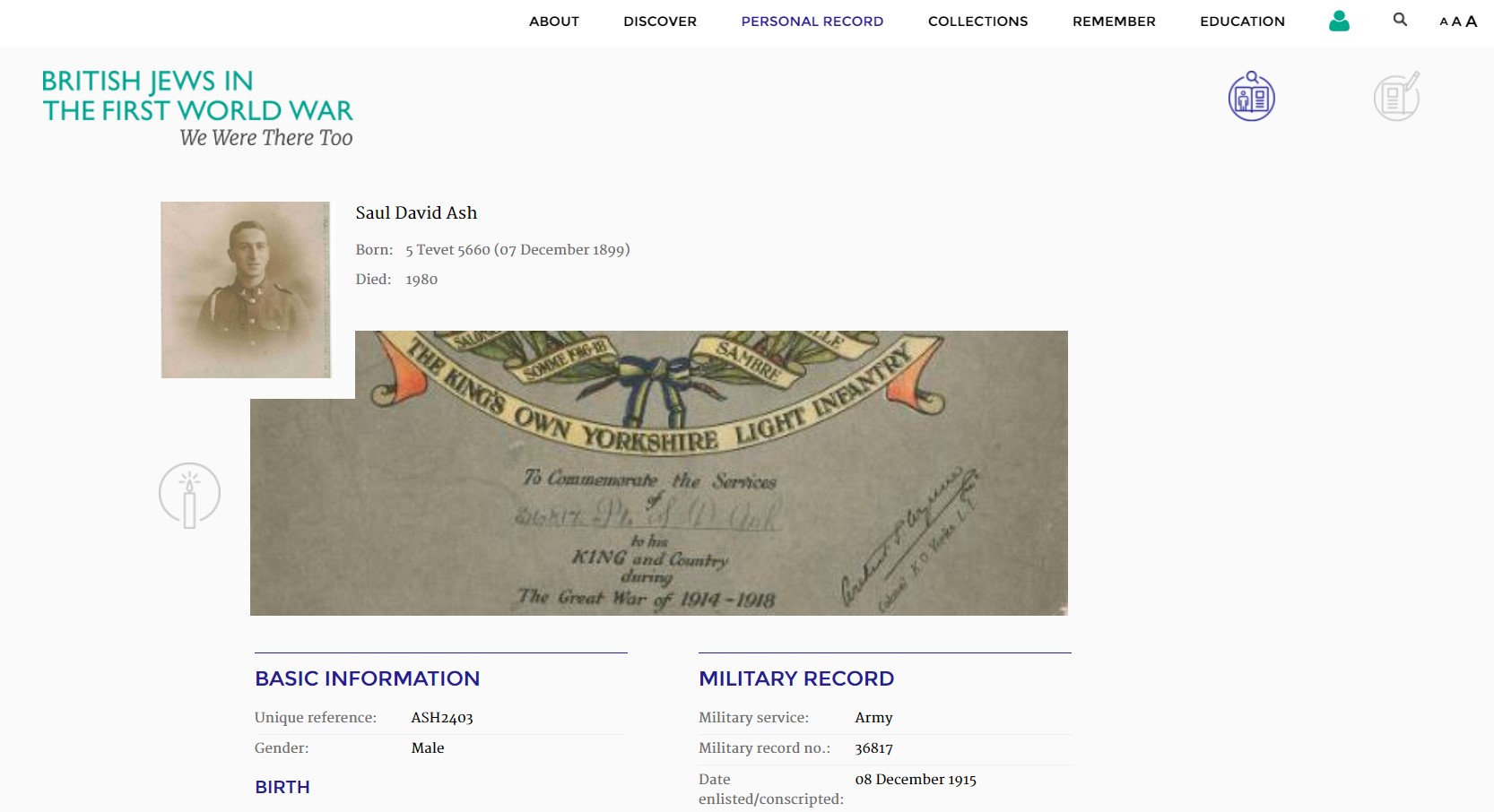 One of these stories which has captured the imagination of many young people is that of Louis Loofe, who was a successful boxer from Manchester, and competed in matches during the First World War whilst stationed at a prisoner of war camp in Egypt. Photographs of Louis as well as a poster advertising a fight he took part in in 1918 in Cairo, were displayed at a We Were There Too exhibition at The Fusilier Museum, Bury, in February. This raised many questions from curious pupils, such as; why was he in Egypt? Who was he fighting? 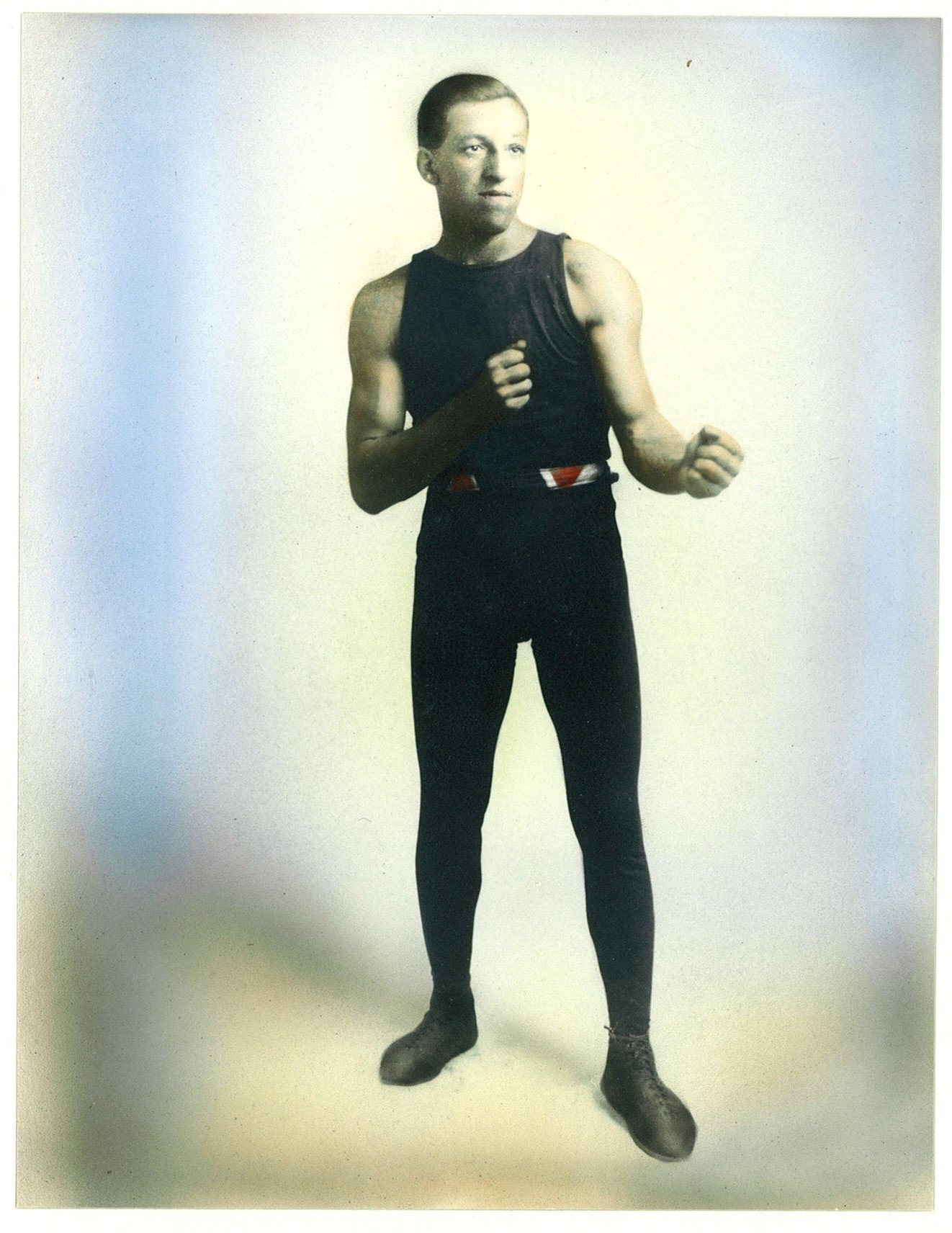 In this way pupils were able to discover Louis’ story as an example of just one way in which British Jews experienced the First World War, not only alongside his non-Jewish comrades within the RAF, but also men and women from other countries who came under the British armed forces umbrella, such as the Egyptian Expeditionary Forces. You can find out more about Louis on his Personal Record jewsfww.uk/loofe

It is stories of individuals like these which inspire pupils to write letters home as if they were soldiers in the trenches, or nurses serving in hospitals abroad. With older pupils, we show them how they can use our website and other resources to research what they are interested in within the topic of the First World War. For example, when We Were There Too visited Manchester High School for Girls, we encouraged the Year 9 pupils to research how their predecessors during the war had made jam which they would distribute to injured soldiers who had returned from the Front. 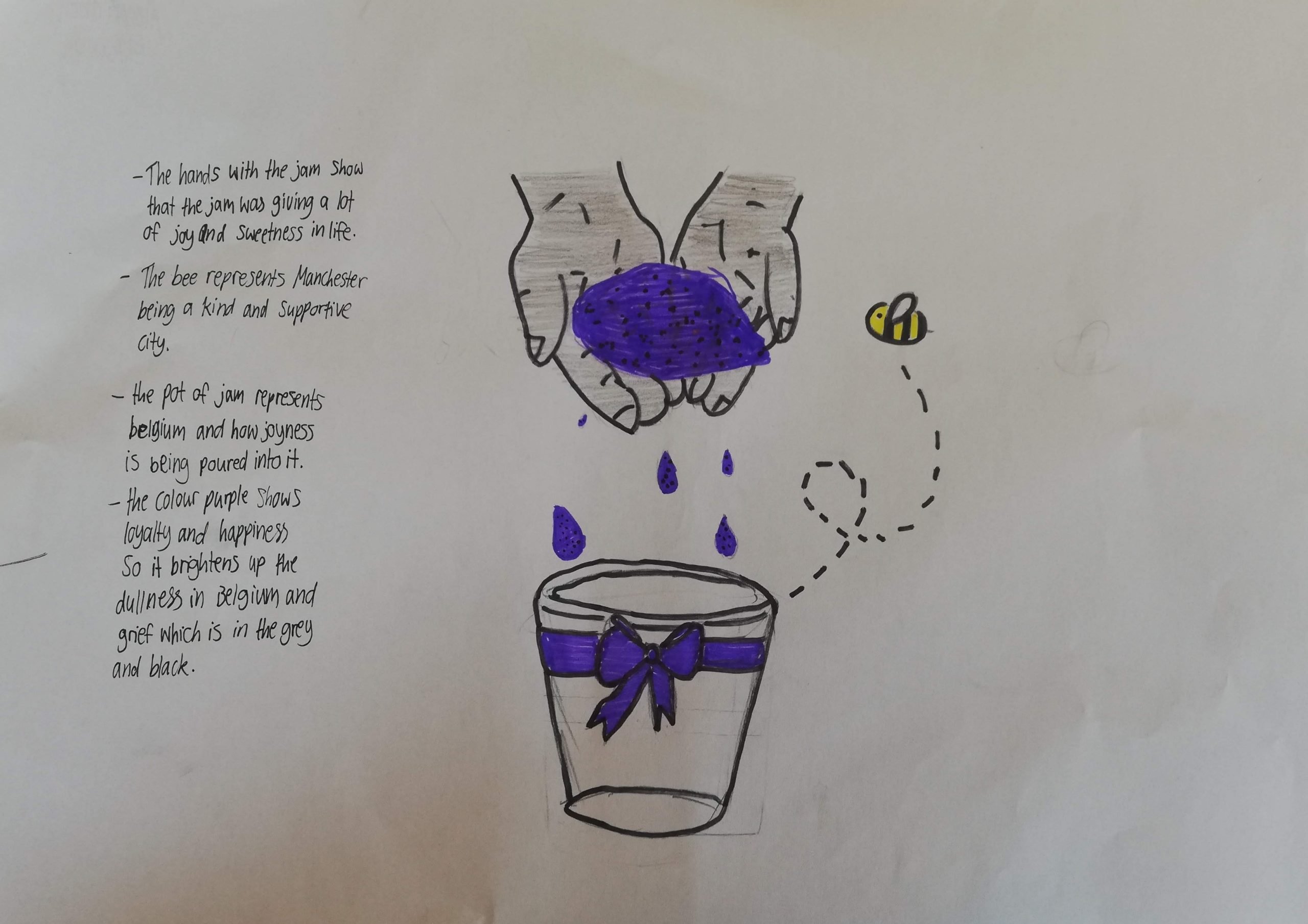 Thanks to a partnership with Discovery Education, We Were There Too is now able to literally bring stories from the First World War to life, using Augmented Reality. Two volunteers on the project, Merton and Barbara Paul, kindly agreed to voice the four men and two women whose stories we chose to tell using this technology. A 3D version of these men and women appears as if on the desk and tells their own story, which really captures pupils’ imaginations.

The augmented reality app can be downloaded with three stories ready to be seen and heard, so teachers can use this exciting technology in the classroom immediately.

The We Were There Too website has a specific Education section (https://www.jewsfww.uk/educational-resources.php) which contains a series of lessons or investigations into each of the five concepts identified as a British Value: The Rule of Law, Trust, Tolerance and Inclusivity, Fairness and Honesty. Each of the investigations uses a combination of historical information and real-life experiences to address the importance and meaning of the particular British Value.

These are just some of the ways we are using the resources on the We Were There Too site to engage with young people about what it was like for British Jews during the First World War. To find out more, visit jewsfww.uk and take a look at our resources for yourself. Click  here for access.

If you do use We Were There Too in your school to inspire your students do let us know by posting them on LGfL’s Twitter or Facebook pages.

Place2Be launched the first ever Children’s Mental Health Week in 2015 to support children and...